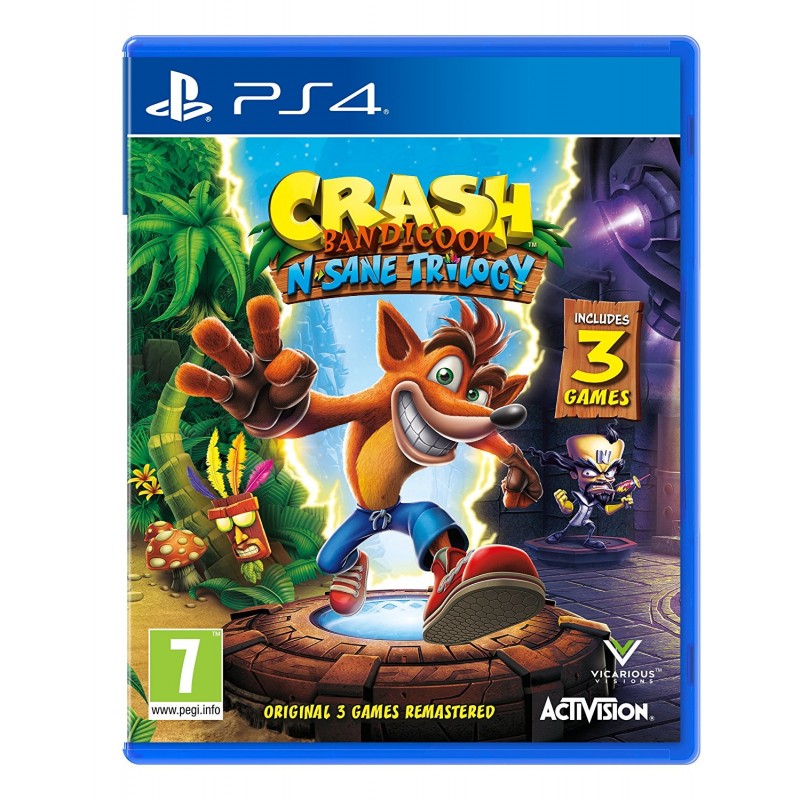 The compilation was developed by Vicarious Visions,[3] the team behind several Skylanders titles who previously developed Crash Nitro Kart (2003), as well as the Crash Bandicoot Game Boy Advance titles. During development, Vicarious Visions coined the term "Remaster Plus" to describe the collection, as they did not fully remake the original games, but rather used Naughty Dog's original level geometry to rebuild the gameplay from scratch. As the levels were coming together, they also added their own art, animation, and audio.[2] Almost none of the source code for the original game was available to the developers. as the game engine was specially written for the original PlayStation and Vicarious Visions could not find a way to use it on more powerful systems.[4] Sony and Naughty Dog were able to provide various polygon meshes from the original, although many important elements from these were missing and the team found that "They were compressed in some wacky format that we had to decode" beyond that Vicarious Visions looked at various internet communities to make sure they had essences of the games captured.[4] The team also had some fans test the game and give notes about it compared to the originals.[4] Preceding the release of the game there was a contest for fans to submit ideas for idle animations for the character.[5]