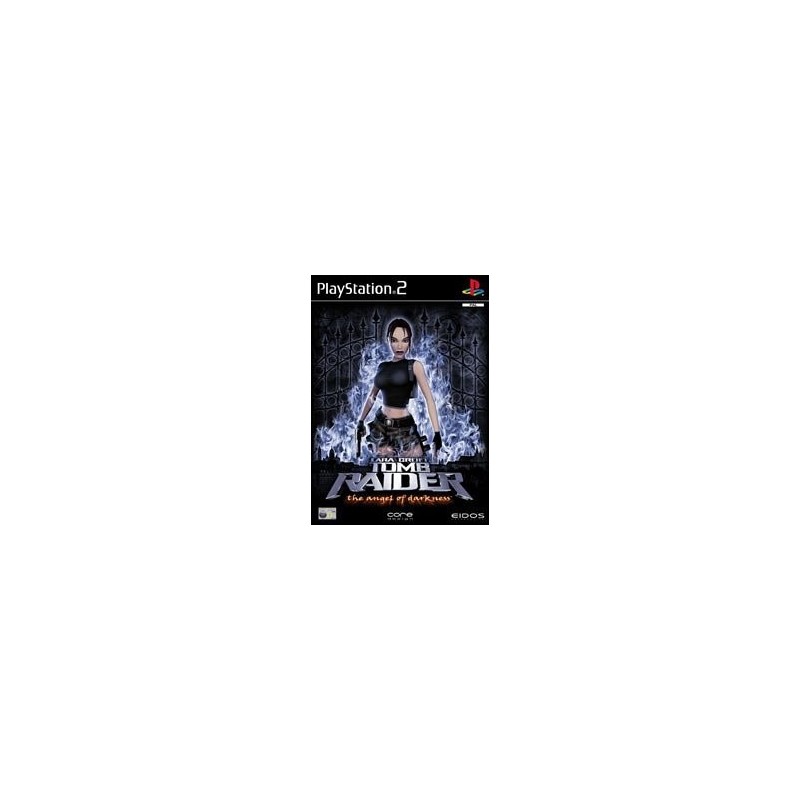 Angel of Darkness follows on from events in Tomb Raider: The Last Revelation and Tomb Raider Chronicles, where Lara Croft was presumed dead. An unspecified time later, Lara arrives in Paris at the request of her former mentor, Werner Von Croy, who mentions that he has been tasked by a man named Eckardt to track medieval icons known as the Obscura Paintings. The city, and Von Croy, are gripped with fear over a serial killer the press have dubbed the "Monstrum". The Monstrum steals body parts and leaves distinctive signs made with the victim’s blood in its wake. During a confrontation with Von Croy at his apartment, a flurry of activity occurs and Lara is knocked unconscious. When she wakes, she discovers Von Croy dead, apparently having been murdered by the Monstrum, and Lara becomes the prime suspect. Fleeing his demise & running away from the cops, Lara tracks down Von Croy's friend Margot Carvier in her apartment building who agrees to give Lara Von Croy's old notebook, which he had left with her for safekeeping. Carvier reveals to Lara how Von Croy had been contracted by Eckhardt to track the Obscura Paintings while adding details on how he had been fearful doing the job. The next day, a local Parisian prostitute reveals to Lara that Carvier has also been murdered by the Monstrum.

Shortly before his death, Von Croy had been in contact with a well-known French businessman and secret underworld figure Louis Bouchard. Lara must track down Bouchard through the almost-deserted backstreets of Paris, discovering from locals that Bouchard went into hiding after the death of several of his associates by the Monstrum. When she does locate him, Bouchard reveals Von Croy had contacted him for assistance in breaking into an archaeological dig beneath the Musée du Louvre. Lara gains access to the Louvre through its storm drains, and is able to uncover more information connecting the archaeological dig to the Obscura Paintings.

The paintings, which originally depicted demonic imagery, concern the Nephilim, a hybrid creature descended from angels and humans, which once lived in Turkey. A single dormant Nephilim now remains, the Cubiculum Nephili or "Sleeper". The five Obscura Paintings, when connected, form a talisman called the Sanglyph that can be used to revive the Sleeper. To prevent this, an ancient society of warrior Christian monks called the Lux Veritatis was formed and they successfully stopped Eckhardt and his order known as the Cabal by trapping him using three daggers known as Periapt Shards, which can destroy any immortal being. The Lux Veritatis leader known as Brother Obscura seized the paintings, and painted religious imagery over the evil ones and hid them, one of which is in a guarded vault beneath the Louvre. The society also created copies of the paintings known as Obscura Engravings, all of which has an encoded map that leads to the locations of the original paintings.

Lara must descend into the Lux Veritatis stronghold beneath the Louvre to retrieve it. While attempting to escape from the Louvre with the painting, Lara is disarmed by Kurtis Trent, the last living member of the Lux Veritatis, who wields a magical Chirugai blade. Kurtis steals the painting, but both he and Lara are knocked unconscious before they can flee. Upon regaining consciousness, Lara is met by Bouchard, who informs her of a Monstrum killing in Prague, the victim being Mathias Vasiley, an art dealer and historian whom Von Croy exchanged information of the Obscura Engravings. Bouchard then betrays Lara, attempting to have her killed, but Lara survives and makes her way to the Czech Republic.

In an upper-class town square in Prague, Lara meets a Czech journalist named Thomas Luddick, who fills her in on Eckhardt, revealed to be an immortal black alchemist who leads a mysterious local organization called the Cabal, and whom Luddick believes is the Monstrum. Lara also encounters a captive Bouchard near the crime scene, who reveals Eckhardt's full plan for reviving the Nephilim. Soon after, Lara rediscovers Bouchard dead. With Luddick's assistance, Lara infiltrates the Cabal's headquarters, the Strahov, and in the process accidentally frees the Proto-Nephilim, the Cabal's unsuccessful attempt to breed a new Nephilim species. Meanwhile, Lara witnesses Eckhardt murder Luddick. She again encounters Kurtis, who locks her in a compartment while he kills the Proto-Nephilim using two Periapt Shards. After an exchange of information, Lara and Kurtis team up to stop Eckhardt assembling the Sanglyph, with Lara retrieving the final Obscura Painting buried deep beneath the Strahov. However, Lara must surrender this painting to save Kurtis, after he is captured by Eckhardt. Kurtis gives Lara his Periapt shards, but she will need a third lost shard to defeat Eckhardt, which Eckhardt has hidden in his laboratory. While Lara flees to track this shard down, Kurtis attempts to hold off an attack from Boaz, the horribly mutated remains of a fallen Cabal member. Kurtis succeeds in killing her, but is severely wounded in the process.

After retrieving the final Periapt shard, Lara discovers Eckardt in the midst of attempting to revive the Sleeper, using the Sanglyph and body parts stolen from the Monstrum's victims. She is able to stab him with two shards, but before she can deliver the final blow, she is interrupted by Eckhardt's right-hand man, Karel. Karel kills Eckhardt with the final shard, revealing that he is a Nephilim himself, and had used Eckhardt to ensure the survival of his species. He had also manipulated Lara, in the guise of Bouchard, Luddick and Kurtis, to retrieve the Obscura Paintings. He offers Lara immortality if she will help him complete the task, but Lara experiences a flashback to Von Croy’s murder, and sees that Karel, in Eckhardt's form, was the Monstrum. She refuses, retrieves the Sanglyph from Eckhardt's body, and plants it on the Sleeper, overloading it with energy and causing it to explode, taking Karel with it. In the aftermath, Lara discovers Kurtis' Chirugai blade, which directs her towards Boaz's chamber. Smiling, she heads inside.