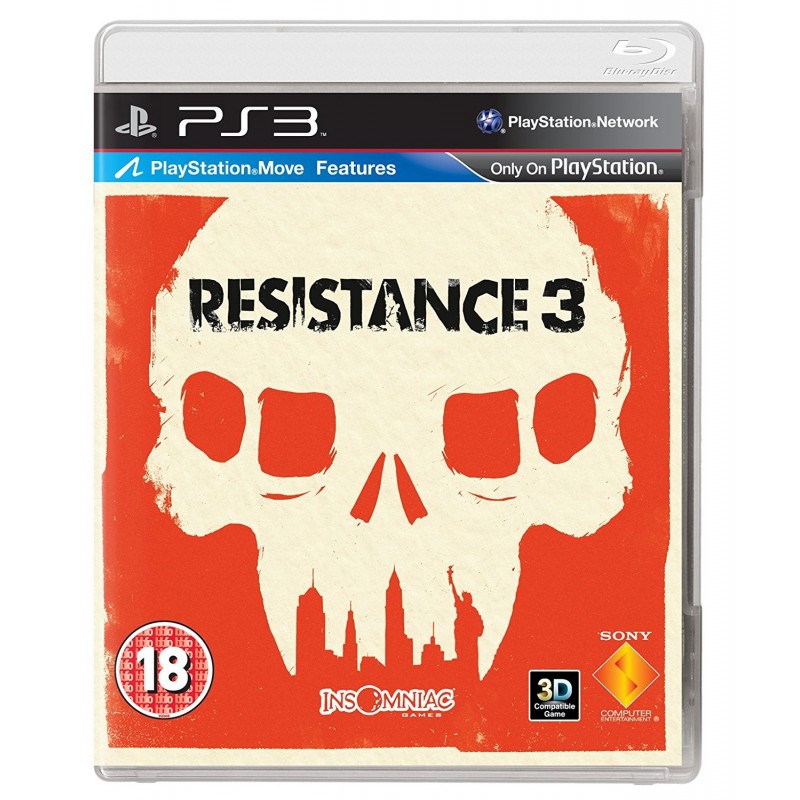 The game retains mostly the same gameplay mechanics as its predecessor albeit with several changes. The weapon wheel and health bar from the first Resistance game return. There are also new environmental objects such as chimeran plants which explode when shot. The game sees a mixture of new and old weapons; returning weapons include the Bullseye, Magnum, Rossmore, Auger, Marksman and Carbine. New weapons include the Mutator, which shoots biological mist that causes enemies to eventually explode causing splash damage, the Deadeye sniper rifle, and a new food-can based explosive, the shrapnel grenade, which releases a shower of nails when it explodes.[5] Weapons are upgradeable, and become more powerful the more they are used.[5] Humans are forced to assemble their weapons from whatever scrap they can gather. The game features PlayStation Move support and Stereoscopic 3D.[6] Additionally, players can utilize the PlayStation Sharp Shooter peripheral attachment.

Resistance 3 featured an online 16-player competitive multiplayer component. It offers five modes: Team Deathmatch, Chain Reaction, Deathmatch, Breach, and Capture the Flag. It also includes a customizable progression system where players spend points earned by playing online to unlock customized loadouts that include various attributes.[7] There is also a co-operative mode where players can team up to play through the story mode either online or split-screen.[8] Gameinformer's podcast revealed that there would be no eight-player co-op as in Resistance 2.[9] The multiplayer maps are set in locations around the world, such as the Fort Lamy prison in Chad; the Seaside of Glamorgan, Wales, UK; Alice Springs in Australia; New York City in the United States; the Trainyard in Bogota, Colombia. Some of the locations these maps take place in are not included in the story mode.[10]

Sony turned off the servers along with other Resistance trilogy on April 8, 2014.