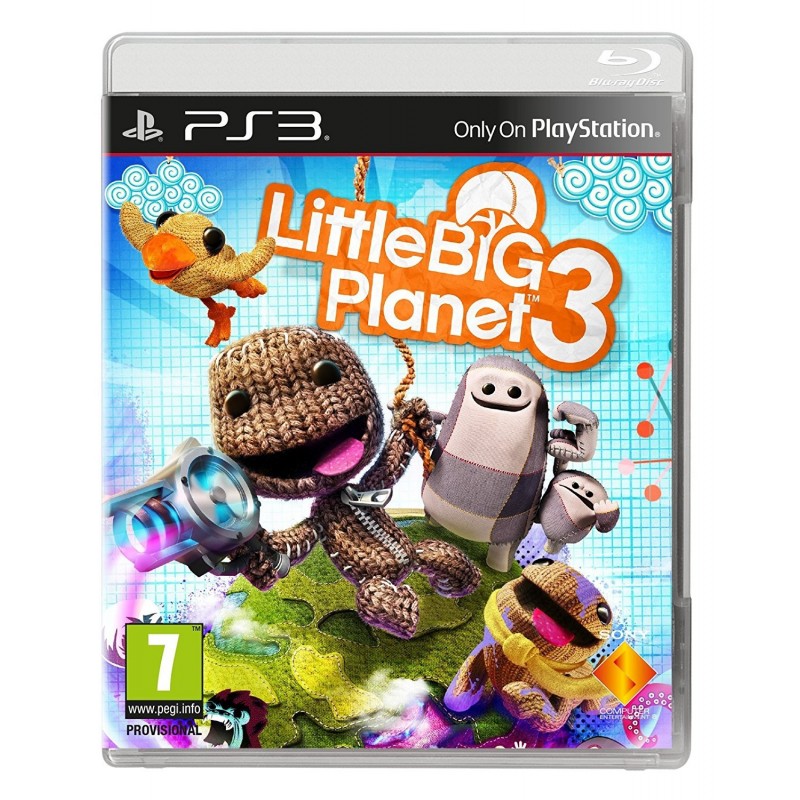 LittleBigPlanet 3 is a puzzle-platformer video game developed by Sumo Digital for the PlayStation 3 and PlayStation 4. It was released worldwide through November and December 2014, and it is the third entry in the main LittleBigPlanet series, eighth entry overall. It was announced at Sony's E3 2014 media briefing on 9 June 2014. It was developed primarily by Sumo Digital, with XDev and series creator Media Molecule assisting in an undisclosed capacity.[6]

LittleBigPlanet 3 received generally positive reviews upon release. Critics praised the visuals, the create mode, and the many new gameplay elements, such as the addition of the new characters. The game did however draw criticism for its technical issues.

On February 7, 2017, LittleBigPlanet 3 for PlayStation 4 was made available for free as part of the PlayStation Plus free games lineup for February 2017.[7] Additionally, it is also the first PS4 game to support preloading of game patches.