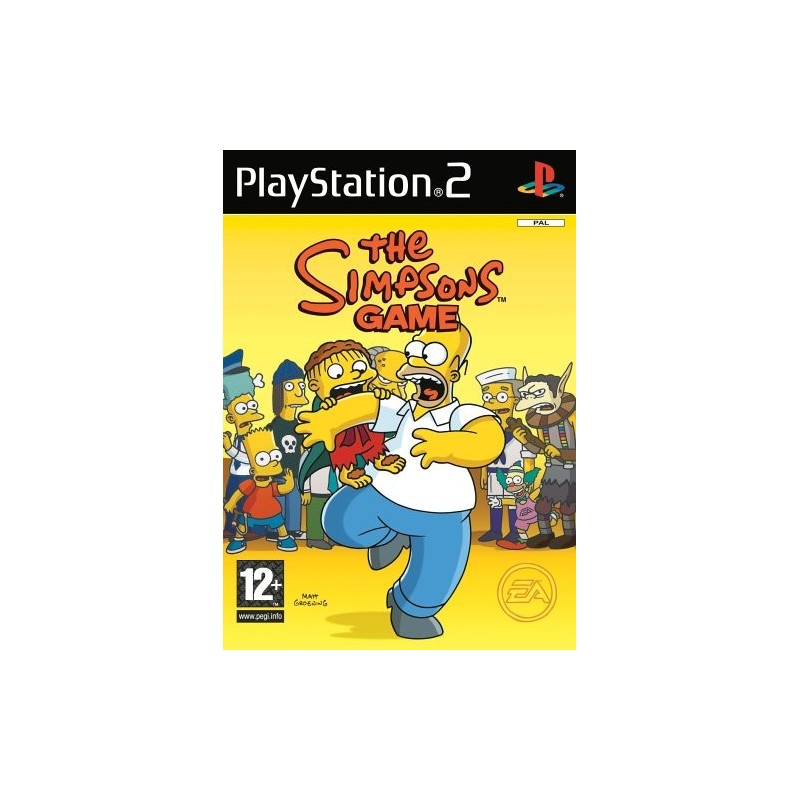 Players of The Simpsons Game are able to control four of the five members of the Simpson family, each with their own unique abilities.[2] Two different family members are playable in each level,[3][4] aside from the "Land of Chocolate" tutorial level, in which only Homer is playable.[5] The game contains sixteen levels, called episodes,[4] and each requires specific powers to complete. For example, in the fourth episode, "Lisa the Tree Hugger", the player is required to use Lisa's "Hand of Buddha" power to move large objects, and Bart's slingshot to shut down machines. Enemies unique to each episode are featured, with the exception of the final level, in which enemies that have already been defeated are "recycled" with different colors.[6]

Several challenges are made available after all episodes are completed. These include finding all the collectibles for each character,[2] finding all the video game clichés,[7] and in the PlayStation 3, Xbox 360, and Nintendo DS versions, completing a certain task related to each episode's plot in a time trial.[8][9]

The Simpsons Game's head-up display features health meters for both characters in each level, and an attack meter and special power meter for the character currently controlled by the player.[8] The game features a two player co-op mode, which has a split screen and allows each player to control one of the two characters featured on that level.[2][4]

The DS version of the game was developed separately from its console counterparts and is a side scrolling adventure. It also offers several features that are not available in the other versions. Several minigames are available to unlock and play, most which are updated versions of arcade games such as Frogger and Space Invaders, the latter which references the aliens Kang and Kodos from the Simpsons Treehouse of Horror episodes. A virtual pet is also accessible, called "Pet Homer", which allows players to feed, entertain, and save Homer from threats such as choking and heart attacks.[10]

Homer is the first playable character available to the player in "The Land of Chocolate" level. His abilities involve turning into the "Homer ball" by eating food power-ups to let him roll and slam objects;[3] turn into a Gummi Homer by eating small gummi Venus de Milos to shoot gummi grenades;[2] eat hot chili peppers to become Insanity Pepper Homer to use lava and fire bombs;[8] and inhale helium to become a balloon to float in the air.[11] Homer's special power is a giant burp, which can stun enemies.[2][11] Bart first appears in the second level of the game "Bartman Begins". He can turn into Bartman, allowing him to use zip-lines, climb certain walls, glide over long distances, and do other acrobatic feats.[3][4] Bart's special power is releasing a flood of bats towards enemies. He can use his slingshot to defeat enemies and hit targets from afar.[8][12]

Lisa is introduced in the fourth level "Lisa the Tree Hugger". Her main attack style is kicking, and her power is the "Hand of Buddha".[8] She can use it to flick, smash, freeze, or send lightning bolts to enemies, as well as lift certain items.[13] Lisa's special power is playing her saxophone to attack and stun enemies. As the levels progress, Lisa can use her saxophone to turn enemies against each other.[11] Marge is the least-playable character. Introduced in the fifth level, "Mob Rules", Marge learns her power is to make large crowds obey her.[3] She can use her mob to break down obstacles, build objects, attack enemies, and repair objects.[12] Maggie is, in effect, an extension of Marge, briefly playable in air ducts and other small spaces.