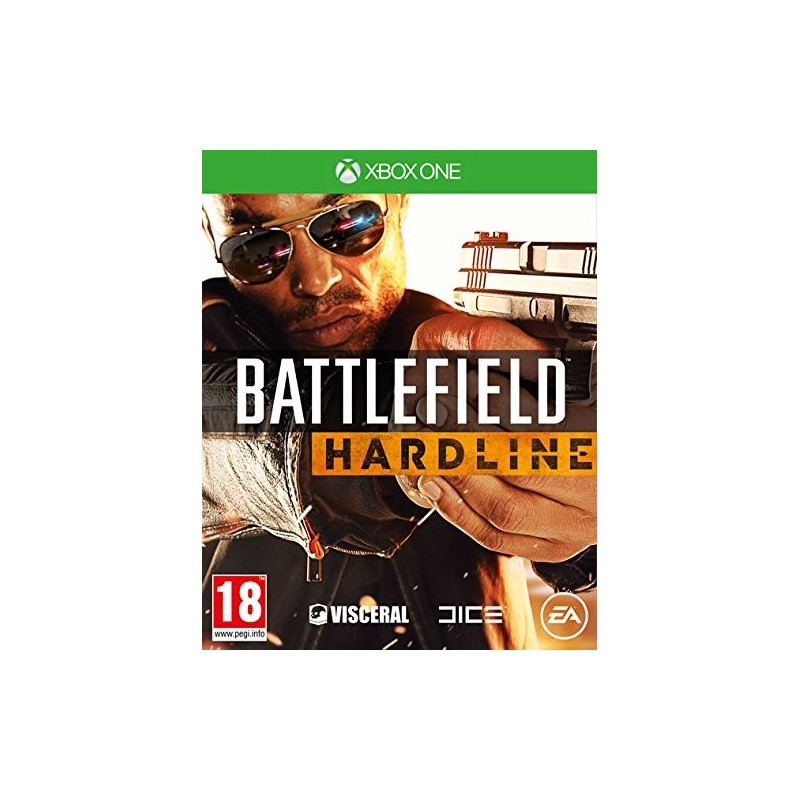 The focus of the game is the "war on crime", breaking away from the military setting that characterized the series. As such, the main factions in Hardline are the police Special Response Units and criminals. Players have access to various military-grade weapons and vehicles, such as the Lenco BearCat, as well as having police equipment such as tasers and handcuffs.[3]

Hardline also uses the "Levolution" mechanic from Battlefield 4. For example, in the map "Downtown" players can send a construction crane crashing into the building, ripping down debris from the central buildings in downtown, which falls down on the streets of Los Angeles. This time, every map features multiple Levolution events, both small and large.[3]

Visceral Games ratified that the single-player campaign will not be linear and promised to deliver a better one than the predecessors. The campaign features episodic crime dramas where choices will change situational outcomes and gameplay experiences. As a cop, players can use multiple police gadgets and personal equipments. The police badge can be used in ordering criminals to lay down their weapons, the scanner is used to stake out a situation, identify high-value targets, log evidences, tag alarms, and mark other threats. To slip past unnoticed, players can use bullet cases to distract enemies.