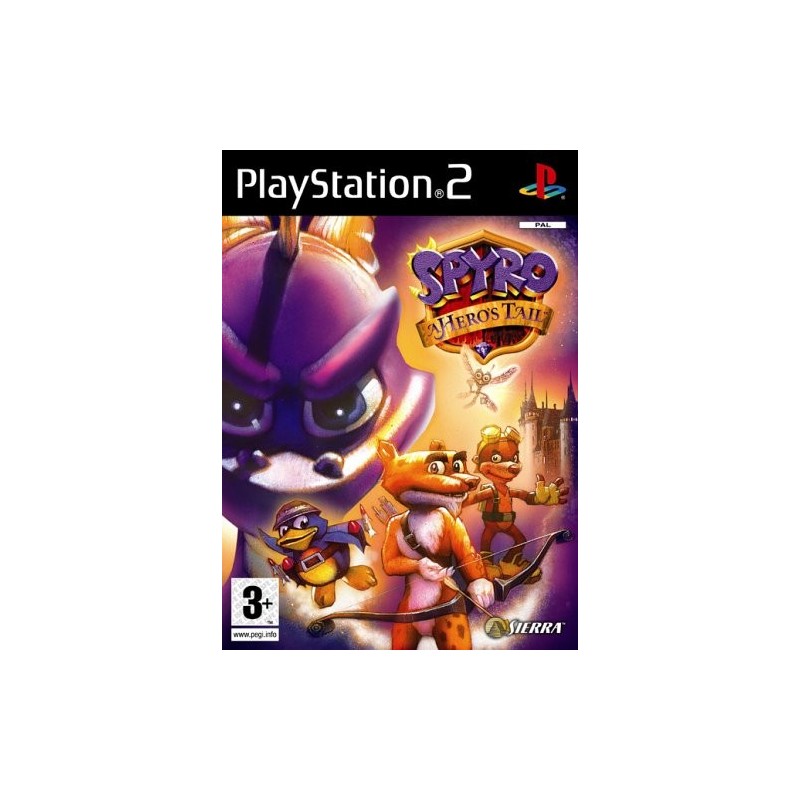 The gameplay in A Hero's Tail is largely the same as in previous Spyro games, but with various tweaks to Spyro's abilities and the game's controller mapping, and less of an emphasis on gems; they now act strictly as the game's currency, and are no longer important to completing the game with 20%. There is also a considerable amount of backtracking in the game, with important items only reachable with certain abilities acquired later in the game; some items also require a certain number of light gems to be acquired.

Spyro begins A Hero's Tail with most of his standard abilities including gliding and fire-breath. Spyro's gliding mechanics have been tweaked from previous titles, with the addition of a double-jump and ability to hover downwards by releasing the analog stick. Similar to previous titles, Spyro also acquires multiple breath types to use throughout the game, including electricity, water, and ice; each element has different characteristics and uses throughout the game—for example, electricity can defeat metal-armored enemies, and water is used primarily to solve puzzles. In addition to these elements, Spyro also acquires a projectile-like "secondary breath" attack with each element, which can defeat most enemies, but the player can only store a limited quantity of secondary-breath attacks. Spyro also gains the ability to jump off of walls and swing from poles, similar to other platforming game series such as Prince of Persia and Jak and Daxter, allowing him to traverse obstacles and reach new segments in a level. Also, Sparx, Spyro's dragonfly companion, returns as a personification of Spyro's current health level, and assists in collecting nearby items for the player.

As well as Spyro, four other characters are playable. Sparx, other than helping Spyro, is also playable in his own rail shooter-style minigames. Blink, an anthropomorphic mole, explores levels set in underground mines and caverns, where the player is tasked to locate and destroy various dark shards with explosives. Sgt Byrd, first introduced in Spyro: Year of the Dragon plays host to several flying-themed minigames in which the player is given a set amount of time to locate and fly through (or destroy) various targets and enemies in a level. Hunter, first introduced in Spyro 2: Ripto's Rage!, has two standalone portions of the game to himself. He's able to scale certain walls and attack and snipe enemies using his bow and arrows.