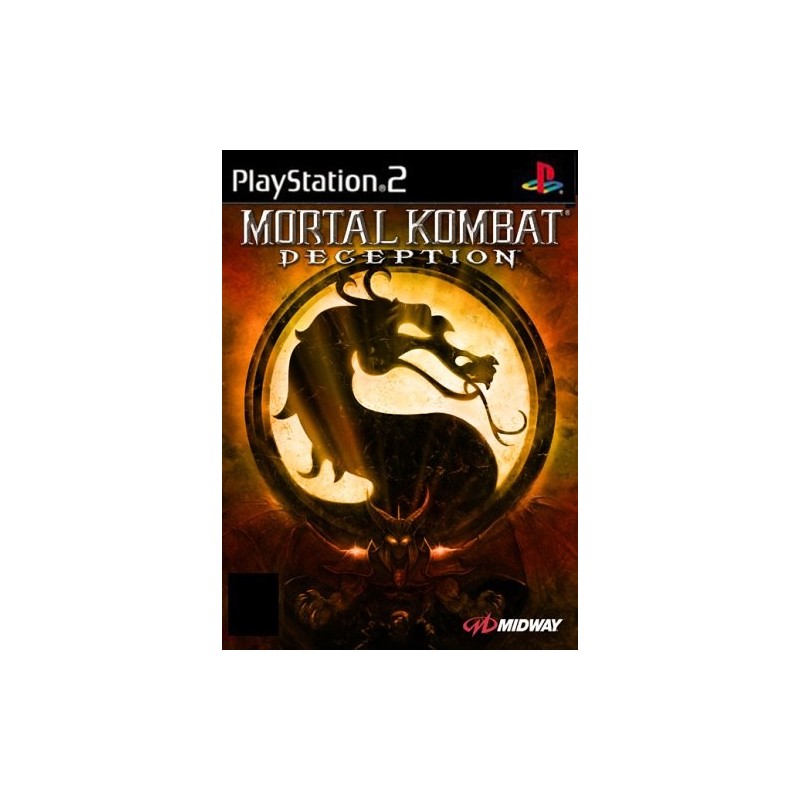 The game's arenas are similar to those in Mortal Kombat: Deadly Alliance, but include new features such as unique weapons which players can use, and instant-death traps which immediately kill a fighter who falls into them. The game also introduces the "Combo Breaker", a system which allows players to interrupt combos up to three times per match.[1] In contrast to Deadly Alliance, in which characters had only one Fatality, the Deception characters have two Fatalities and a hara-kiri suicide move. The latter is used when the phrase "Finish Him/Her" is shown on the screen and the player is about to lose.[2]

Deception introduces two minigames that use MK characters. "Chess Kombat" is a minigame similar to classical chess, but uses player-selected characters as pieces that must best each other in combat to take a square. Some pieces have certain abilities, ranging from impersonating their opponents to instantly killing one of the opposing pieces.[3] It also adds "Puzzle Kombat", a puzzle game similar to Super Puzzle Fighter II Turbo which features super deformed versions of the MK characters that attack each other once a player gains an advantage in the game.[4]

The "Krypt" returns from Mortal Kombat: Deadly Alliance and serves as an interface to access extra content hidden in "koffins" (actual coffins named with the series' trademark misspelling). In Deception, the size of the Krypt was reduced from 676 koffins to 400 koffins. Some koffins also have locks that require keys which can only be found in the Konquest mode. The Krypt in Mortal Kombat: Deception includes twelve bonus characters (which was cut down to six characters in the GameCube version).