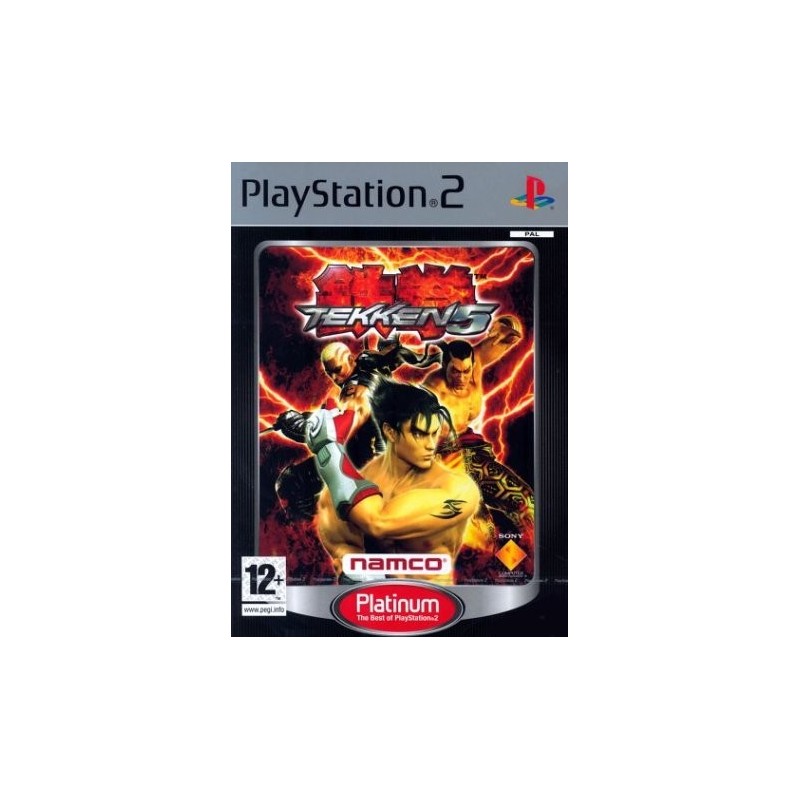 Tekken 5 is credited with taking the series back to its roots.[citation needed] It incorporates a faster, more fluid fighting system, improved graphics, returning characters, and some of the Tekken series' trademark infinite stages. New to Tekken 5 is the crush system which affects the vulnerability of a character while they attack. For example, a move with jumping properties, such as a hopkick, will be completely invulnerable during most of its animation time to all of an opponent's low attacks.

It also retains its wall juggling concept from Tekken 4, but the element is effectively less easy to abuse and easier to defend against. The home version is a collector's edition of sorts, as it includes the arcade versions of Tekken, Tekken 2, Tekken 3, and StarBlade (as a mini-game at start up). Tekken 5 also allowed players to customize their fighter for the first time, allowing them to change the colors of their outfits, buy additional costumes (only available to a few characters), and equip them with items by using money gained from playing the Story, Survival, Time Attack, the side-story Devil Within, and Arcade Battle modes.

Tekken 5 includes a beat 'em up minigame in direct lineage to the Tekken Force modes in Tekken 3 and Tekken 4 called Devil Within. This minigame follows the adventures of Jin Kazama as he searches the G Corporation in search for information on his missing mother and other answers. Being somewhat story oriented, the player is not permitted to use their own choice of characters like previous iterations. The game also uses a limited button system, incorporating a Block and Jump button as well as sizing down the attack buttons to simple "Punch" and "Kick" buttons (though, some of Jin's fighting special moves can still be performed such as his Demon's Paw). Along with fighting various Jack models in the mini-game, the player must pursue minor key quests to proceed. This mode is one of the two ways to unlock the playable version of Jin's Devil incarnation, Devil Jin.

The raised and lowered sections of floors featured in the Tekken 4 levels were removed for the fifth instalment. This change made gameplay throughout each stage generally similar, aside from wall placements. In addition to removing the uneven nature of the Tekken 4 styled stages, the design team returned to the style of stages from previous games by having some stages without barriers by allowing them to be infinitely scrolling. For walled stages, the fights take place in fairly symmetrical boxes without any uneven walls (again, removing a feature introduced in Tekken 4). Floors could also crack after one of the characters hit it hard enough. Only one part of a stage can be cracked at a time, however.

Other changes over the Tekken 4 design included the removal of the positional change techniques (throws became once again controlled by combinations of LP+LK or RP+RK instead of designating LP+LK as a position switch manoeuvrer; only Steve Fox was given a position change attack), bringing back traditional air combat (Tekken 4 removed back and vertical leaps in favor of a more fluid 3D combat model) and using a juggle system more akin to Tekken 3 as opposed to the 4th game's less juggle-friendly gameplay. The fighters were also forced to remain stationary prior to the round beginning (Tekken 4 allowed the fighters to move freely before the opening of a round, fitting in with the more position-based gameplay of that game).

The single biggest change is Devil Within mode. This is the fourth instalment in the Tekken Force series (the first two instalments can be found in Tekken 3 and Tekken 4 respectively. The third instalment was released as the Tekken spin-off game Death by Degrees). Similar to Death by Degrees, 'Devil Within' focuses solely on one playable character, Jin Kazama. This is a traditional platform game in which players must guide Jin through a series of labyrinth style levels and entire enemy armies. This mode features bosses, such as True Ogre (from Tekken 3), who is not playable in Tekken 5.

The opening loading screen features a few seconds from a video game based on an early 3-D Namco space flyer StarBlade. Like with Galaga in the PlayStation version of the original Tekken, players can control the space ship in the demo. The game can also be unlocked for full play in Arcade History mode. In addition, players can also play the Arcade versions of the first three Tekken games. Each game comes with an option to use only the default characters, or use the bosses and sub-bosses too; console only characters are not featured.